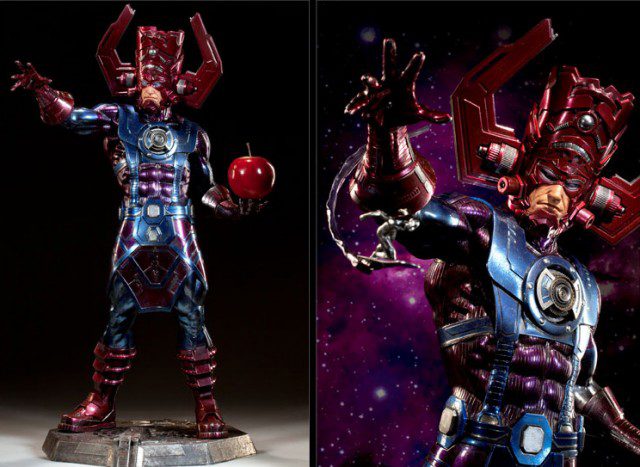 Now this is one mega-awesome Marvel character collector’s piece.

Sole survivor of the universe that existed before the Big Bang, Galactus is quite possibly the most fearsome being in the cosmos. He wields the Power Cosmic and can use it to nearly any end he desires. With this force, Galactus has control of time and space, matter and dimension. He has powers of telepathy and telekinesis and can manipulate souls, memories and emotions. Sometimes called The Devourer of Worlds, Galactus must consume inhabitable planets to maintain his existence, absorbing countless planets and eliminating entire civilizations. Galactus is able to impart certain aspects of the Power Cosmic to others and has appointed Heralds to do his bidding. Perhaps the most infamous of these heralds are Nova and Silver Surfer, who pledged themselves as Galactus’ envoys to save their home worlds. Now, they travel the universe in search of new worlds for their master to devour.

The Devourer of Worlds comes to life in this magnificent display, crafted by the artisans at Sideshow with incredible attention to detail.

Galactus stands at a staggering 33 inches tall and comes complete with his herald’s Nova and Silver Surfer for customizing your display: 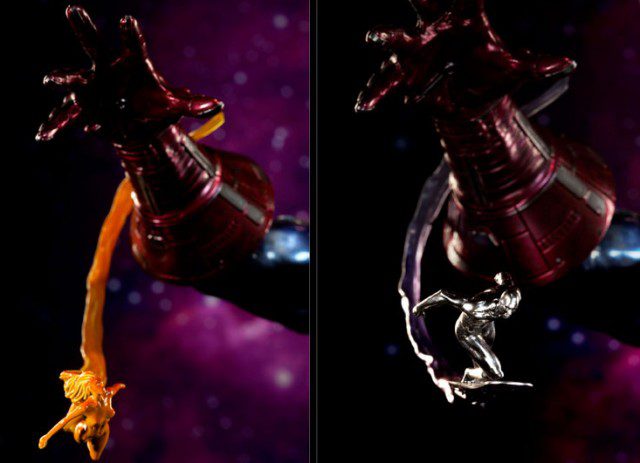 Each piece is individually hand painted and finished.

Now, you’re going to need to save for this amazing Marvel collectible because it’s a price not for the squeamish. Expect to pay $799.99. It’s still a pretty damn good price for what you’re getting though – this is a major high quality Galactus maquette.

It’s available for pre-order now, but won’t be shipped until February 2013. Sideshow will accept a $200 per month payment plan between now and then, so if you want it and can’t afford to pay outright, take up their plan because I’m certain Galactus collectibles are going to go through the roof when the new Silver Surfer movie gets finalized.

Get it at Sideshow at the link below or just go there and check out all the extra cool images of this that they’ve posted: