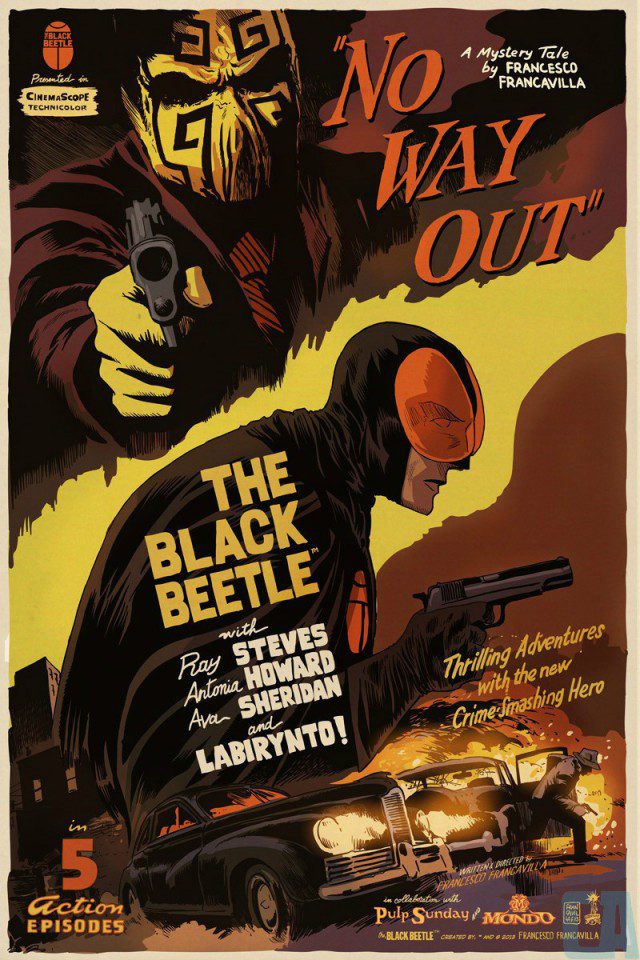 Over the weekened Mondo released their limited edition regular version of The Black Beetle poster.

Limited to only 225, this version of the poster was released at HeroesCon 2013.

It measures 24″ x 36″ and is an 11-color screen print of artwork by Francesco Francavilla of Dark Horse Comics.

Like all Mondo posters this is already becoming a rare collectible, with just one of the posters from HeroesCon available for sale (via a flipper on Ebay) at the link below:

The price being asked is $160. That’s probably a fairly standard ask for a sold out Mondo poster.

However, there is still a chance you can get one of these or its variant (which is a 12-color screen print via a limited run of 110) for a cheaper price when Mondo open the doors to them via their own online shop. That’s going to happen on June 11, 2013 and the price they’re asking for is $55.

The chances of getting one during the rush when they do release it are low. It will sell out in minutes (if not seconds). But you can try. If you want to try you have to follow Mondo on Twitter for the sale announcement as they’ll be releasing the posters online at a random time and will announce it with a tweet.

You can view more detailed images of Francesco Francavilla’s artwork on the poster over at Mondo’s blog.