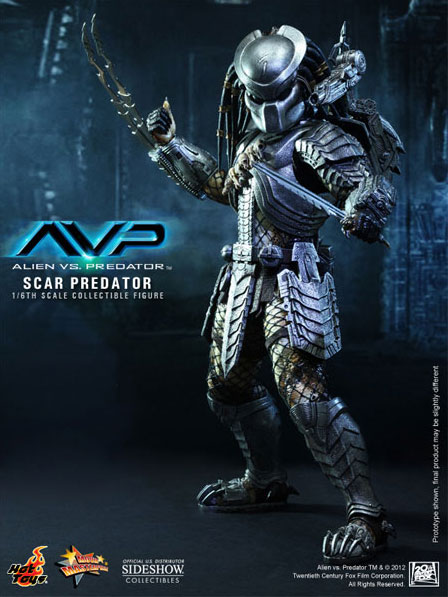 This is a movie-accurate Scar Predator collectible based on his image in the movie.

It’s a limited edition item though of how many I don’t yet know.

View more images and specs or pre-order at the link below:

If pre-orders sell out from Sideshow, you can also get them on Ebay: