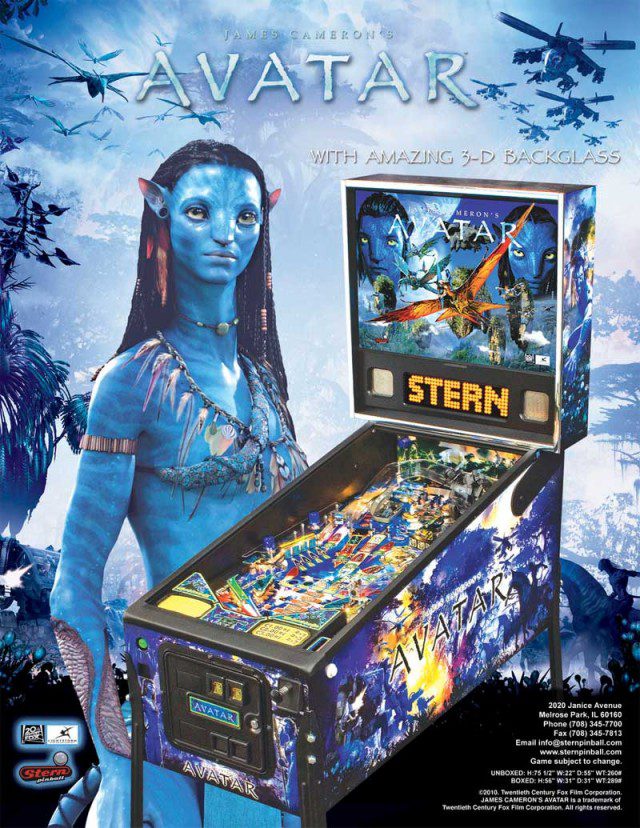 Whether you’re a pinball collector or a fan of James Cameron’s epic blockbuster Avatar, this Limited Edition Avatar Pinball surely has to rank up there as one cool piece to own.

The Avatar special edition pinball machine brings players to the paradise planet of Pandora where they become hero Jake Sully on a quest to protect the Na’vi people from an invading mining colony. Staying true to the innovative nature of the film, this pinball machine translates James Cameron’s history making epic into a one-of-a-kind gaming experience. Stern Pinball is only producing 250 machines for this limited edition run that will each be numbered with a plaque and a certificate of authenticity.

“The Avatar Limited Edition machine has been a very special production for Stern Pinball and game designer John Borg,” said Gary Stern, founder, CEO and chairman of Stern Pinball. “We believe it to be worthy of James Cameron’s masterpiece film and firmly believe the pinball community will feel the same.”

In the game you play Jake Sully. Your mission is to get into your Na’vi avatar by capturing the pinball in the transporter link (which reveals a Jake Sully figurine). You must then escape the Thanator, fight the Viper Wolves, ride the great Leonoptyrix, travel through the Hallelujah mountains, and do battle with the RDA in the bumpers, before facing Colonel Miles Quaritch in his mechanical AMP Suit. If you destroy the Colonel before he destroys you, you get to access 4-ball multi-ball. Then you can score jackpots and save the Na’vi people from total destruction. Pure awesome pinball action!

Check out the beautiful playfield: 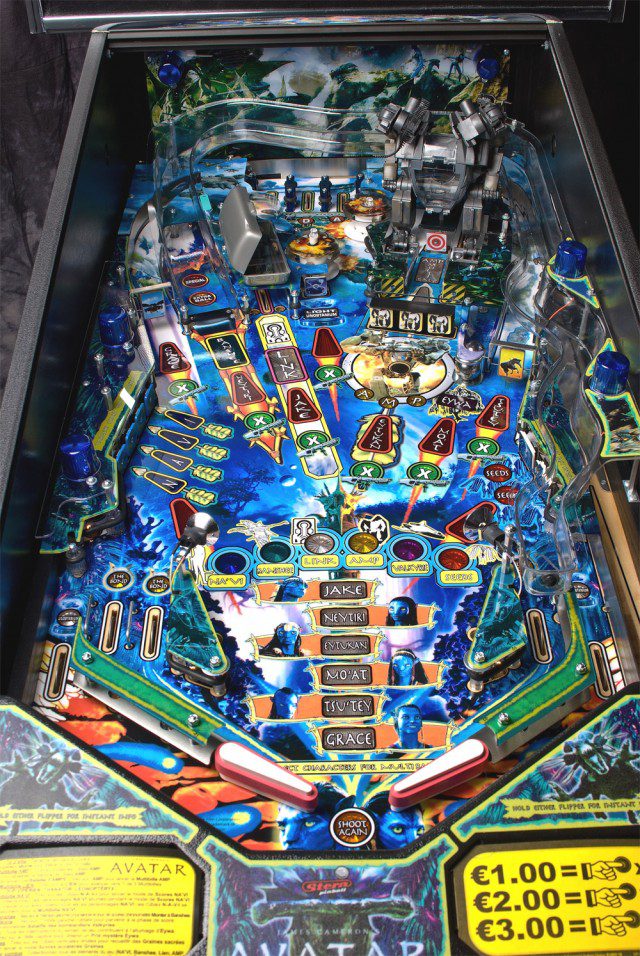 Watch it in action:

If you want to grab yourself one of these Limited Edition Avatar Pinball’s, there’s a seller on Ebay that has two of them (numbered #27 and #106). Links to check those sales out are below:

If the limited edition model is out of your price range, you can get the original version for about $1,400 or so less. Here’s the link you need to check that out: