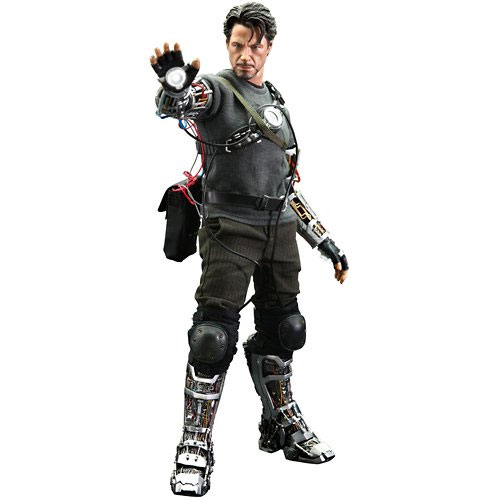 This collectible is Hot Toys’ movie masterpiece sixth scale reproduction (12″) of those (often hilarious) testing scenes from the movie.

The likeness to Robert Downey Jr. as Tony Stark in the head sculpt is nothing short of superb, complete with realistic hair and facial hair. The painting of this figure is also top notch, as we’ve come to expect from Hoy Toys hi-end figures.

Also superb are the full features of this awesome 1:6 scale figure. 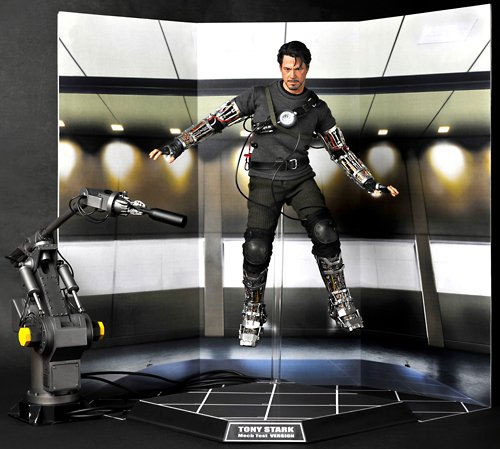 Check out this preview clip video which shows images of the figure as well as the clips from the Iron Man movie that it is based upon:

Now, this originally sold on Sideshow Collectibles for only $159. That was a great price, but as you can imagine, it sold out very quickly. Unfortunately you won’t pay anything that low for this highly sought after collector’s piece anymore. In fact, there’s not a chance of that.

The cheapest place I’ve found is definitely Ebay. There you can get it for $655 still brand new, so that’s pretty cool. Here’s the link you need for that: