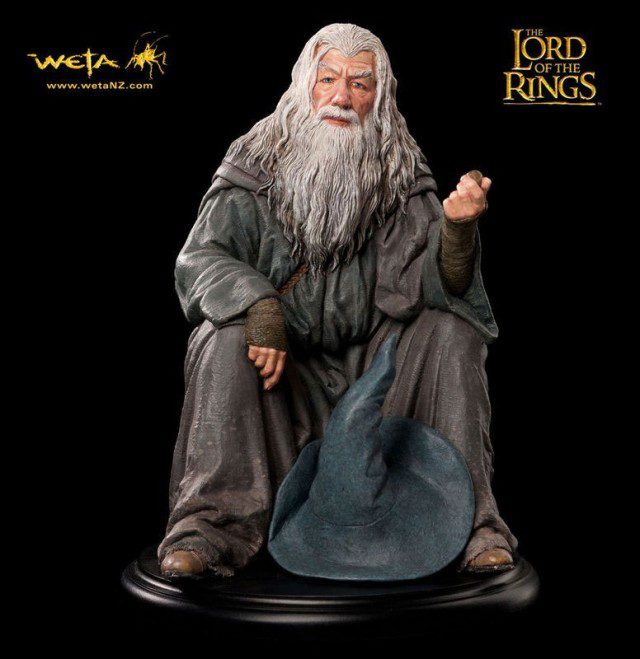 Sculpted by Steven Saunders and created by the same artists who worked on the Lord of the Rings movies, this statue was inspired by an original painting of Gandalf the Grey by John Howe.

This is a limited edition item. Numbers have yet to be released by Weta although it is expected to be a very low run.

Bilbo’s old friend, an ancient and powerful wizard, Gandalf was a guide to the Fellowship and mentor to Frodo in his quest to destroy the One Ring in the fires of Mount Doom. Deep in wisdom and foresight, Gandalf was first to discover the true nature of the ring and took it upon himself to orchestrate the forces of light against the evil advance of Sauron, the dark lord. Last seen by Frodo and his companions plummeting towards certain death from the Bridge of Khazad-Dûm, entwined in struggle with the Balrog, Gandalf’s demise seemed inevitable. But wizards are remarkably resilient… 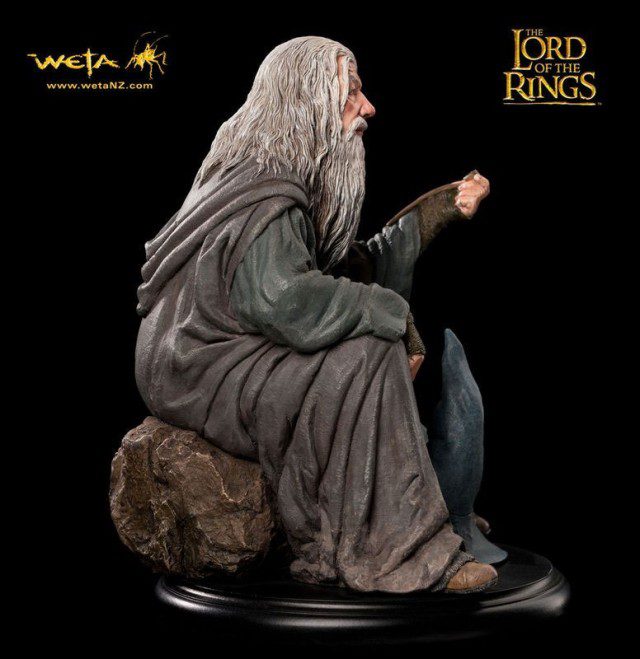 “It’s inspired by an original painting by John Howe. I’ve always thought Gandalf the Grey was a more interesting character than Gandalf the White. Gandalf the Grey in The Fellowship of the Ring is that old man, whereas Gandalf the White is almost larger than life and really heroic. I started sculpting this piece without Gandalf’s hat on. When you put the hat on his head, he instantly becomes Gandalf. The challenge for me is to make him into Gandalf even without the hat. I discussed this with Richard Taylor and we decided to make the hat removable. I still prefer that statue without the hat.”

Get it from the Ebay vendors listed below (while it lasts):