NECA have released their Predator trophy wall diorama based on the classic scene featured in the Predator’s space craft at the end of the 1990 sci-fi action film Predator 2.

This faithful replica to the original trophy wall is a limited edition collectible of only 5,000 units.

The diorama includes a series of plugs and attachments that will hold 8 different skulls – the various “trophy skulls” provided with your NECA Predator’s can finally be displayed how you want to display them!

The wall itself comes with an exclusive large dinosaur-like skull (refer below for more skulls).

Price is typically $59.99 but varies by seller:

Other skulls are sold separately in the NECA Predator Trophy Skulls Pack: 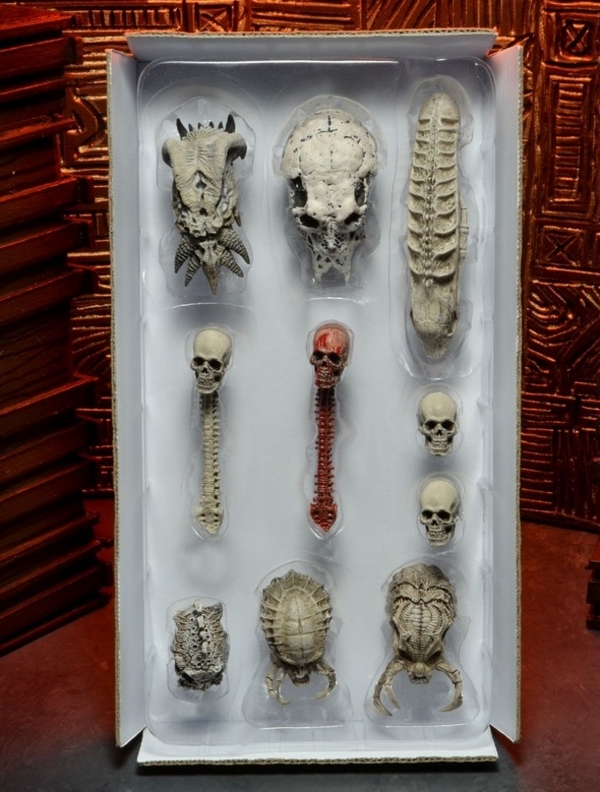 The above pack hasn’t been released yet but you can pre-order it via Ebay at the link below for $59.99: