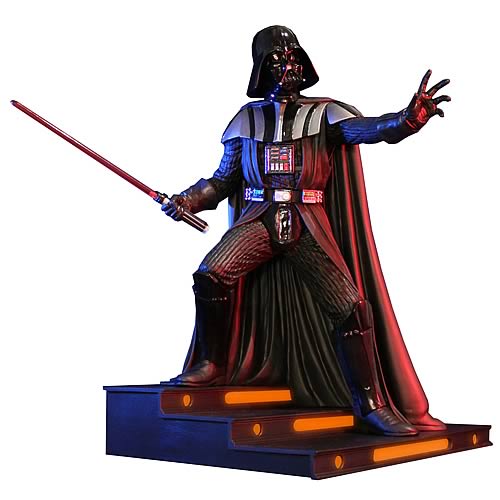 Since it’s a limited edition release of only 900 statues worldwide, you’re going to have to hurry to secure one of these.

This is an authentic and officially licensed 1:6 scale Darth Vader statue made by scans from film-accurate armor and accessories (sculpted with Lucasfilm reference materials and digital scans).

The staircase, inspired by stairs in the Cloud City freezing chamber as seen in The Empire Strikes Back, iluminates with a warm orange glow.

Made of durable hard-cast materials it comes boxed with a hand-numbered certificate of authenticity.

Okay, it wouldn’t be me if also didn’t sleuth out the cheapest one around, and that comes via Ebay at a price of $199. There’s only one at that price though, so you’ll have to hurry if you want to snap it up: