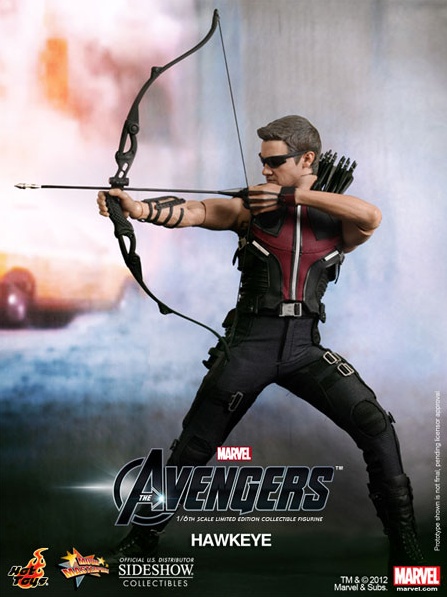 This is the limited edition Hot Toys

Based on Jeremy Renner as Hawkeye in 2012’s highest grossing film, this figure stands at 30cm tall and boasts 30 points of articulation.

Also features six pieces of interchangeable palms, two bows one of which has articulation, sixteen arrows and eleven arrowheads with different styles and quiver – and much more.

Includes a figure stand with Hawkeye nameplate and the movie logo. 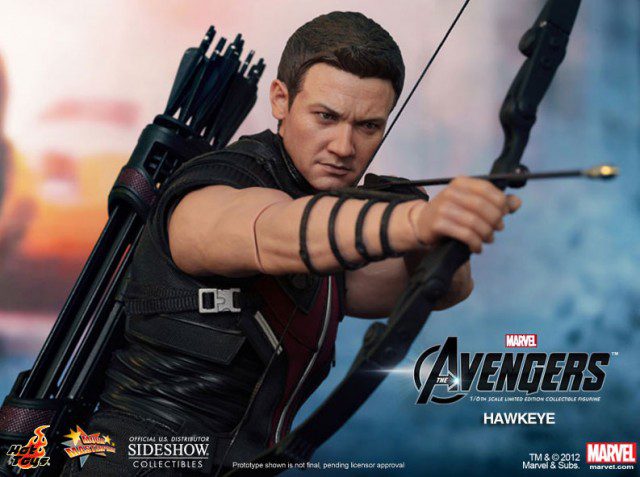 These are a limited edition item that is now sold out at Sideshow Collectibles. However at the time of writing this post you can still get one brand new via the links below: