Exclusive to this version is a unique Holographic Mark VII Accessory that is not available anywhere else.

This is a movie accurate version of  the Iron Man Mark VII suit that comes highly detailed and fully deployed.

Beneath the suit is a specially crafted Tony Stark likeness based on the image of Robert Downey Jr. Check it out: 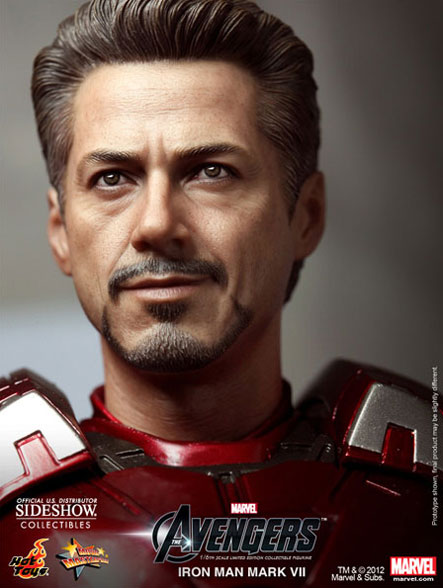 This figure will also suit the Hot Toys Hall of Armor Diorama.