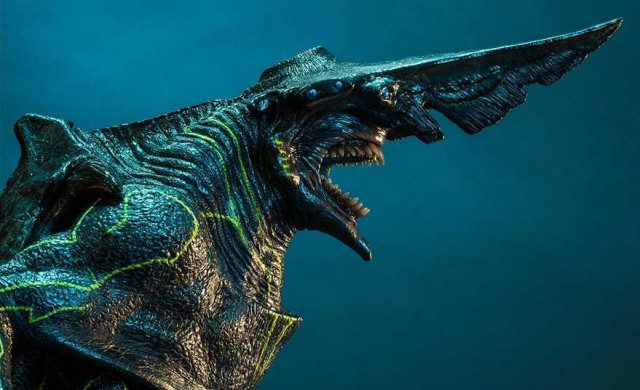 Sideshow Collectibles have opened pre-orders for their Knifehead statue based on the Kaiju creature as seen in director Guillermo del Toro’s Pacific Rim.

This will most likely become a limited edition collectible (although Sideshow have not yet decided on that).

A horrifying monster, codenamed Knifehead, rises up from the depths of the Pacific Ocean to annihilate mankind. Designed and developed in partnership with Guillermo Del Toro, the threat Category 3 monster comes to life with four sets of razor sharp claws and a monstrous headblade, capable of tearing boats, buildings and mechs to shreds. The Knifehead: Pacific Rim statue from Sideshow Collectibles is an outstanding introduction to your Pacific Rim collection.

Sideshow expect to ship their Kaiju Knifehead statue in April 2014 but you can pre-order now at the link below for $379.99:

I’ve also noticed this is available for pre-order via Ebay at the link below: