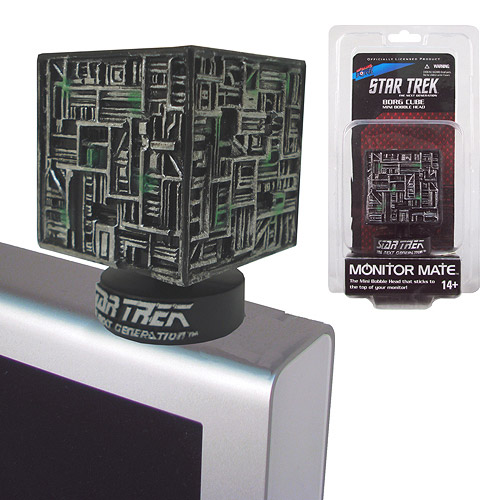 This is the first Bif Bang Pow! monitor mate and it’s based on the Borg cube as featured in Star Trek: The Next Generation.

Designed to set on the top of your computer monitor.

Due for release in March 2013 (and later at some outlets) but can be ordered now from the vendors below (prices vary):