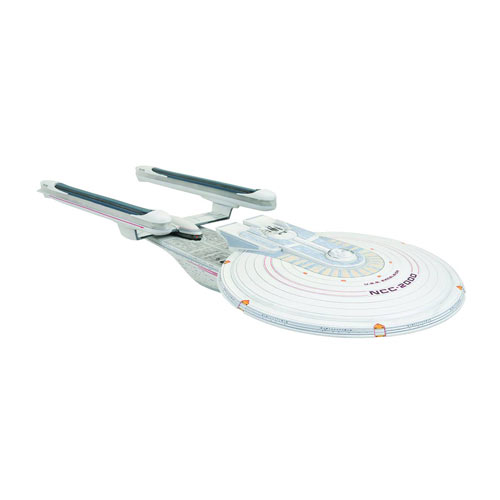 Coming this November is a new model of the U.S.S. Excelsior NCC-2000 as featured in the 1991 movie Star Trek VI: The Undiscovered Country.

The Excelsior was commanded by Captain Hikaru Sulu (George Takei) as it came to rescue the crew of the Enterprise at the end of the film, helping the Enterprise to defeat General Chang and his experimental Bird of Prey.

In keeping with the film this model also includes sound effects featuring the voice of Sulu himself.

Comes with an adjustable display stand.

Oh, and if you’re not following George Takei on Twitter you’re seriously missing out on some awesome tweets from the Commander!