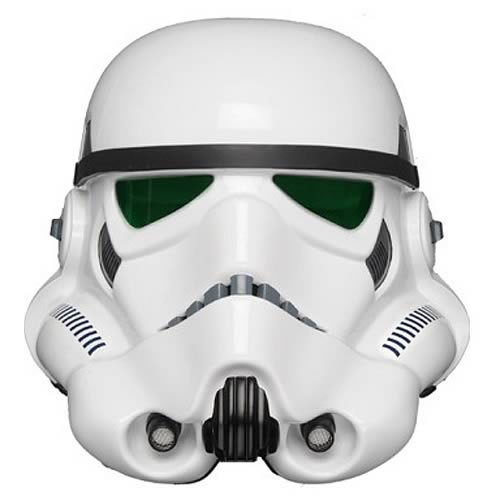 This is eFx Collectibles’ screen-accurate life-size Stormtrooper Helmet based on the helmet as it appears in Star Wars: Episode IV – A New Hope.

Stormtroopers are the most recognized symbol of Imperial might. Encased in white armor over a black bodyglove suit, Stormtroopers make up the bulk of Emperor Palpatine’s ground-based armies and the space-based imperial Starfleet. Their fearsome-looking helmets allow the soldier to breathe in the harshest of environments, including the vacuum of space, and are equipped with long-range communications, allowing these elite shock troops to be deployed with speed and efficiency to quell insurrections and maintain order across the many planets of the Galactic Empire.