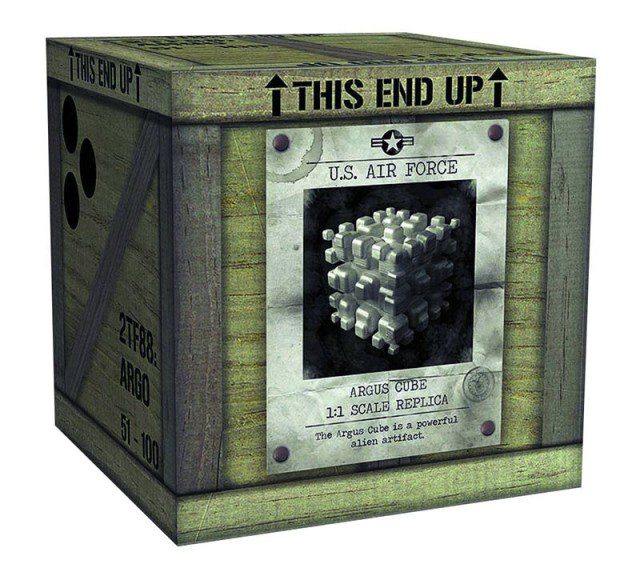 This is the Quantum Mechanix (QMx) prop replica of the Argus Cube as seen in J.J. Abrams’ Super 8.

The Argus Cube, so named by the scientist studying the only alien ever to be captured alive, is a biomechanical miracle. Each cube is an organic magnet, capable of reassembling itself on an atomic level to fit almost any purpose.

The cubes are the building blocks of the Super 8 Alien’s spaceship. Essentially indestructible, thousands of cubes were recovered when the ship crashed on earth in the 1950’s. Scientists studying the cubes couldn’t determine their function until they applied an electrical charge that caused the cubes to momentarily form a part of the ship.

Features of this prop replica: 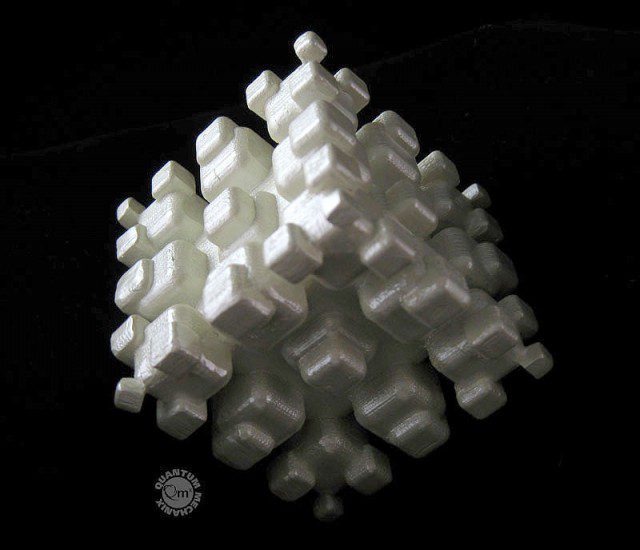