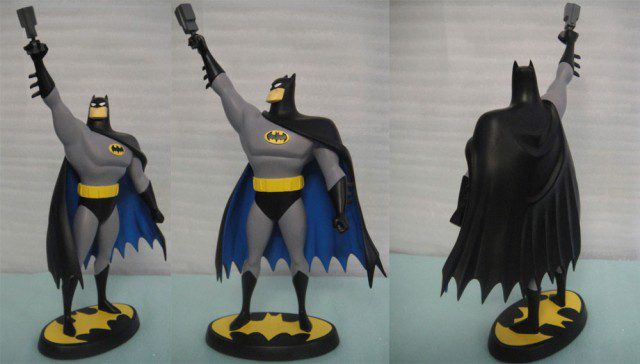 This is an authentic Warner Bros. Studio’s produced Dark Knight Maquette based on Batman from Batman: The Animated Series

These Batman collectibles were released in 2001 as a limited edition item of 2,500. This particular one is numbered 1,278.

Each maquette were sculpted by Glenn Wong and designed by Bruce Timm, producer and character designer of the series. The design itself was modeled off the original character sheets.

$489 is the asking price. If you want to snap it up the link you need is below:

Note that you can actually get an earlier numbered version of this collectible also via Ebay. It’s condition is not as good as the one this post is specifically about, but it it is pretty good. It’s also a low limited number of just #135. Images of that one and link is below: