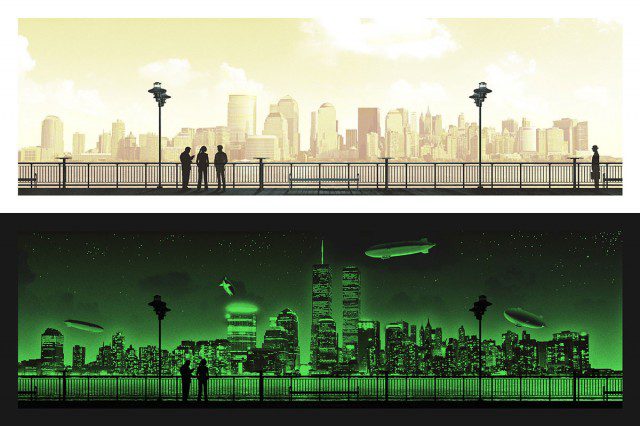 In honor of the upcoming Fringe series finale fans of the series have been asked by the Fringe Benefits Project to vote for their favorite cases from the show’s history. The winning votes determine which scenes and episodes will be produced as hand-pulled screen print posters by some of Gallery 1988’s favorite screenprint artists.

This collectible is a limited edition (of 150, only 100 of which are available to the public) production based on the Fringe episode 303 “The Plateau”. The images you see are one poster. The top part is what it looks like in light, the bottom is how the poster displays as a glow in the dark feature. Awesome!

Each poster is hand-numbered. Due to the fragile nature of hand-applied screen printing, these posters come in mint to near mint condition. Small differences in coloring and other minor defects, such as soft corners or ink marks on the back of the piece, are part of the uniqueness of these prints.