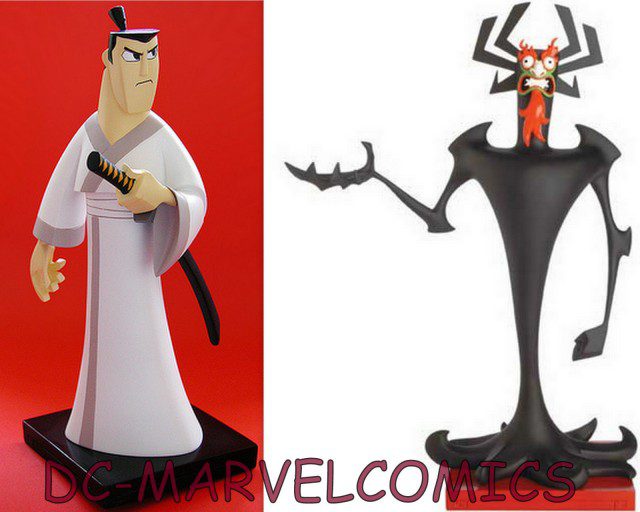 In 2002 the Cartoon Network released these two limited edition animation maquettes of Samurai Jack and his nemesis Aku as seen in the animated television series Samurai Jack.

Only 2,500 of them were released and today they are as rare as hens teeth.

Right now you can snap both of them up via single sale.

The seller advertises that both are as new condition and that they’ve been kept flawless in a dust-free environment (the boxes they come in are in good but not perfect condition).

You’ll need to fork out $649 although the seller is willing to entertain offers.

If you’re interested in grabbing quite a rare Samurai Jack collectible, the link you need is below: