Now that the original Batmobile is for sale, I thought it might be interesting to look into what prop replicas are floating around based on the icon 1966 Batmobile that most of us will actually be able to afford. 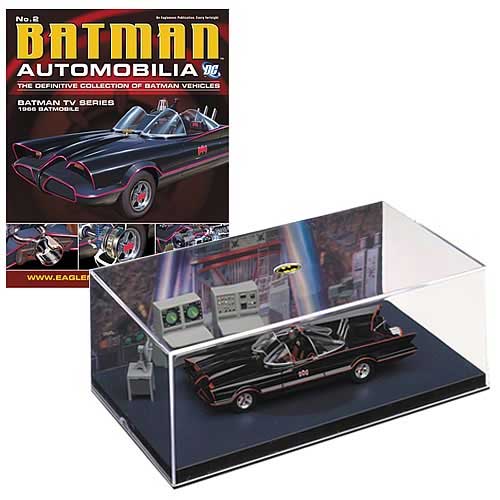 Coming in March 2013 from Eaglemoss Publications is a new release 1:43 scale die-cast Batmobile that includes a 12-page Batmobile collectors magazine. The magazine looks at the history of the Batmobile and of Batman himself. This is a perfectly reproduced scale model that also features a unique 3-D lenticular backdrop that creates a detailed scene of the Dark Knight and his vehicle. Featuring additional metal castings for extra detail, including gadgets. 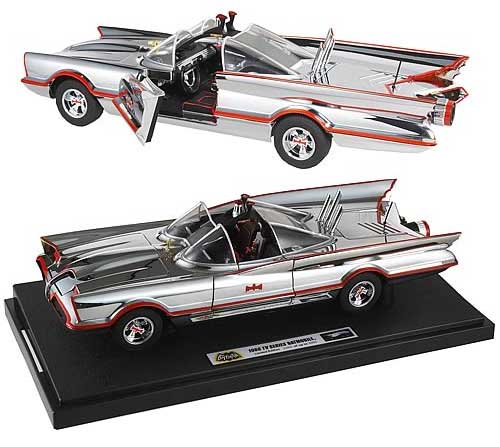 What about a 1:18 scale die cast 1966 Batmobile re-imagined in chrome! This is a limited edition of 3,000 pieces worldwide by Mattel. Features incredible detail, a sleek chrome finish, real rubber tires, and an engine hood and driver and passenger doors that fully open to reveal the fine points inside. 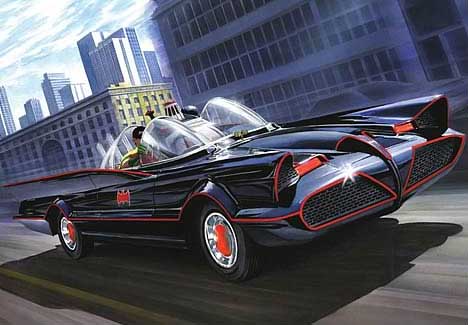 This 1:25 scale Deluxe Original Batmobile model kit from Round 2 is an ultra-cool version of the Batmobile aimed directly at experienced modelers that like options. Stainless steel photo-etch parts are included for the finest detail possible, and all-new tooling features accurate body, interior, and engine detail. Build a big-block engine or a full jet-turbine engine. Molded in white, chrome, and clear parts. Also includes a full decal sheet, as well as Batman and Robin Figures. 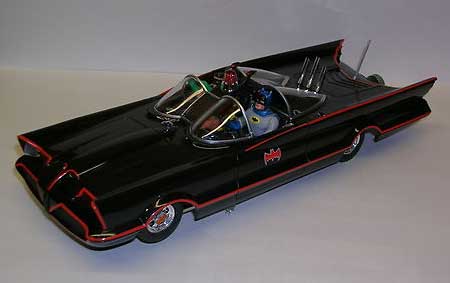 Own a slot car set? Then you might want to get your hands on this Rare 1:24 Scale 1966 Original Batmobile Slot Car! It’s available on Ebay and is secondhand, but the seller advertises it is in new condition. 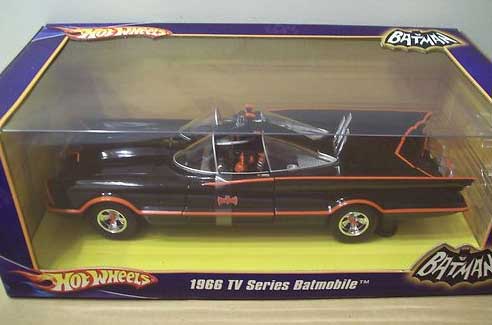 This is an auction on Ebay for a 2007 Hot Wheels 1966 TV Series Batmobile. Seller advertises box is in excellent condition and that the Batmobile has never been touched as the box has never been opened. 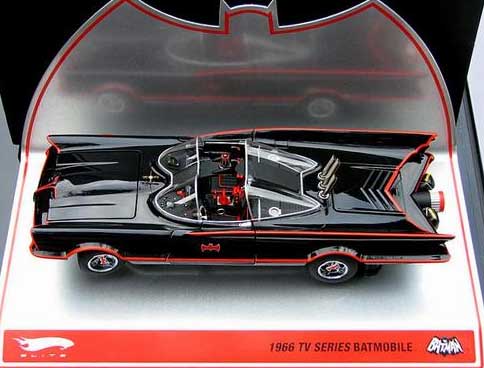 This is a Limited Edition 1:18 scale die-cast Hot Wheels Super Elite 1966 Batmobile. The seller doesn’t mention it but I believe this is a limited edition item of 3,000 pieces worldwide that was released in 2010 as part of the 75th Anniversary of DC Comics. 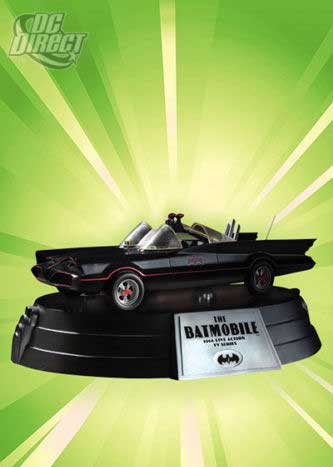 This is a Limited Edition (of 1300) DC Direct 1966 TV Series Batmobile. Finely sculpted by Jack Mathews, it features a hand-painted finish, cold-cast porcelain, battery-operated, and lights up.