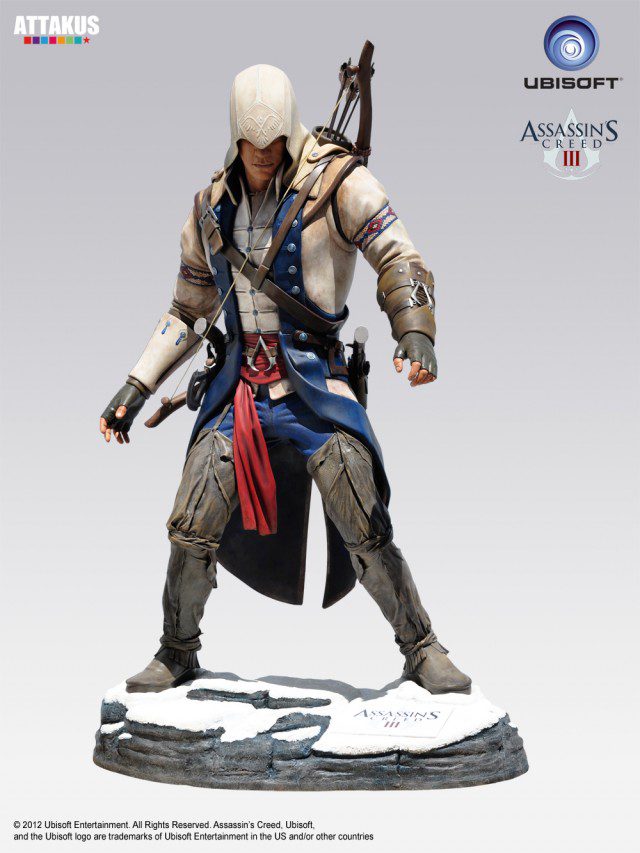 Entertainment Earth have announced a life-size statue of Connor Kenway based on the character seen in Ubisoft’s Assassin’s Creed 3 video game is now available for pre-order.

This is the most expensive Assassin’s Creed 3 collectible ever made!

The entire statue including base weighs a whopping 193.6 pounds (88 kg). 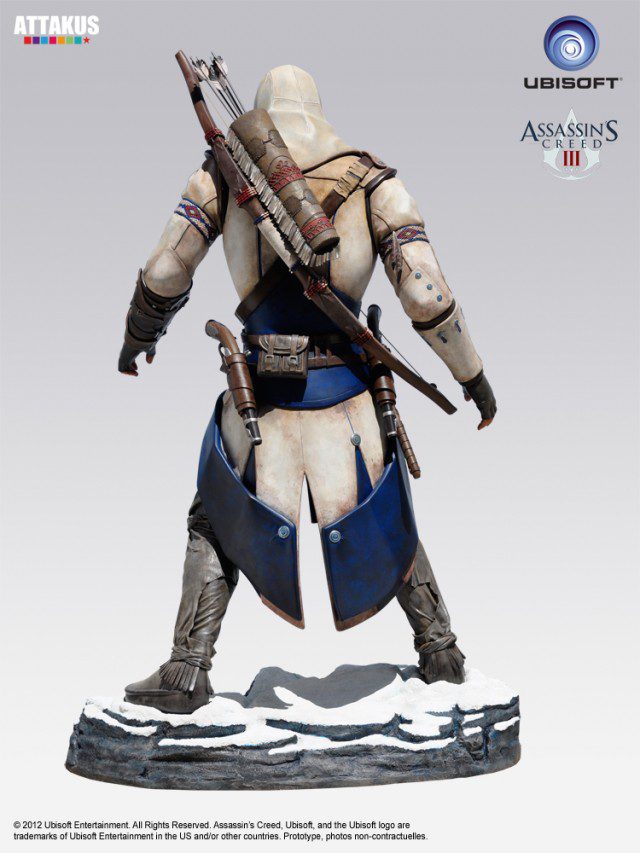 This is apparently a limited edition item (of how many I don’t know).

Definitely a premium statue made for serious fans of the franchise.

Attakus have also released a behind-the-scenes making-of the life-size statue video. Watch it below: 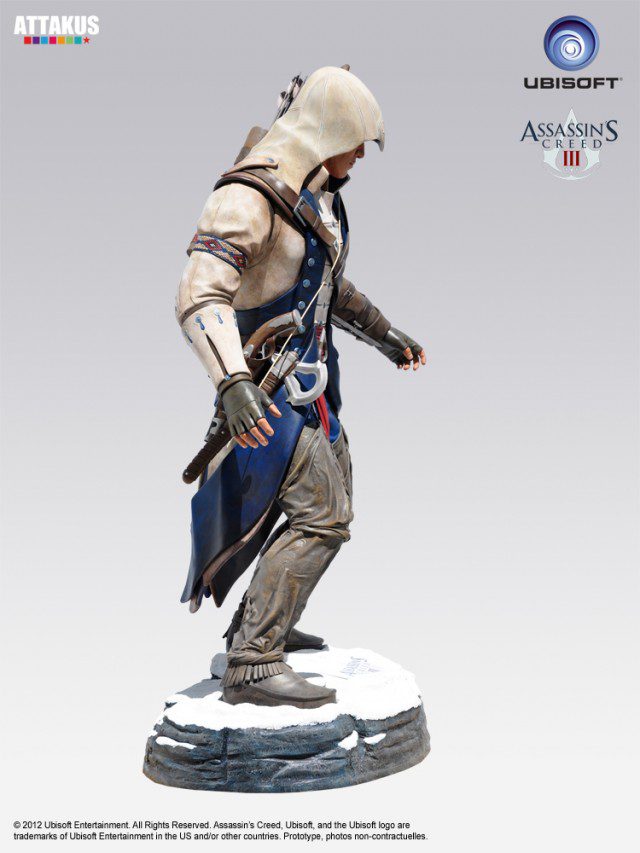 If you want one of these it’ll cost you a wad of cash totaling $3,599.99 via Entertainment Earth.

for only $2,990 (add $980 to get it shipped to the U.S.). However, personally I’d consider it far safer to deal direct with Entertainment Earth. Those guys are trustworthy and if there’s a shipping issue you’ll get it handled locally.

I’m guessing this is a collectible that’ll be worth a lot of money when the upcoming feature film starring Michael Fassbender finally hits our screens.