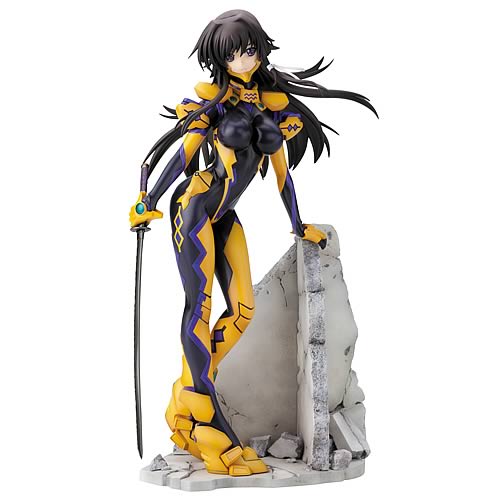 1:7 scale statue of the elite samurai and 1st Lieutenant in the Imperial Royal Guard, Yui Takamura from the Muv-luv Alternative video game.

This is a Kotobukiya Japanese import.

Yui Takamura stands triumphant on the field of battle in her armored black, purple, and yellow plugsuit having defeated her foes. She leans on one hand with her katana at the ready in the other.

Availability and prices vary as this is a Japanese import, but you can order now from the following vendors: